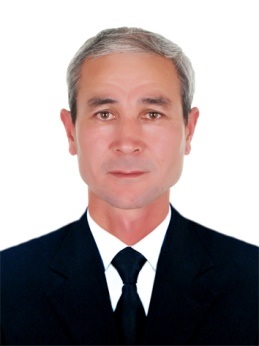 The chief of the department, doctor of technical sciences, senior scientific-employee